Uncategorized The Millionaire Upstairs Setting Inspiration and a small preview!

The Millionaire Upstairs Setting Inspiration and a small preview!

When I was planning The Millionaire Upstairs, I knew I wanted it to take place in some fabulous settings that might be a bit unrealistic for us normal folks 😉 There are three main settings in this book — NYC, The Hamptons, and Milan/Lake Como. All places it wasn’t a hardship to write about at all. 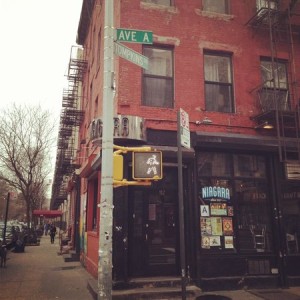 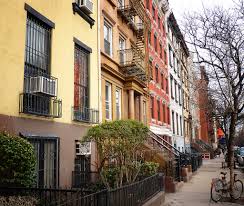 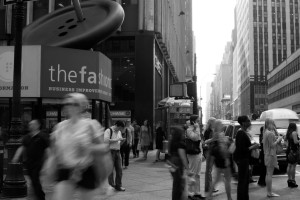 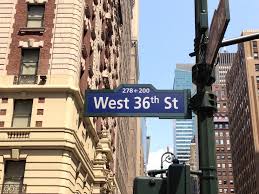 Since the book was going to be set in and around the fashion industry I knew at least some of it had to take place in NYC. Sasha, my main character works in the exciting Garment District and lives in Alphabet City with his best friend. I adore New York and love writing about it as much as visiting! 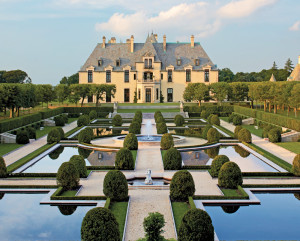 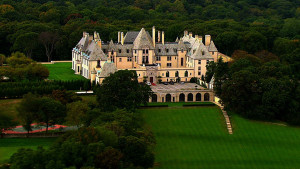 The main setting is Harrison Kingsley’s enormous seaside manor that I named Kingsley Court. You might recognize this house both from the cover of the book (I was super excited when they used the actual house in the cover art!!) or you might recognize it from Royal Pains if you watch that 🙂 . In real life it’s called Oheka Castle and there are tons of beautiful pictures of the estate online. 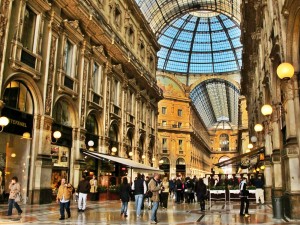 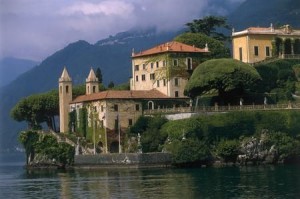 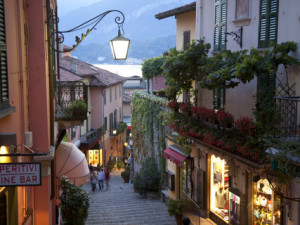 The final setting is both Milan and Lake Como. Did you know that most upscale sunglasses of the majority of brands are made by the same two companies that are both based in Milan? I didn’t either but I was sure happy to find that out! Cue the romantic trip to northern Italy. Yes, please:) Sasha and harrison go for business but end up spending a few days in a romantic lakeside villa just outside of the town of Bellagio….and if you ever wondered where the builders got their inspiration for the Vegas casino, it’s actually quite faithful to the real deal!

I’ll leave a bit of an excerpt below…Happy Reading!

The Millionaire Upstairs at Dreamspinner Press

When they pulled into the courtyard, Sasha’s mind was officially blown. Where Kingsley Court impressed with lavish size and ultimate perfection, Marco and Lucenzo’s Lake Como Villa impressed with color, old-world grace, and a slightly crumbling sort of beauty that Sasha hadn’t thought existed anymore. It was a sprawling expanse of faded yellow plaster, with wrought iron, a red tile roof, a huge courtyard, covered walkways, and more bright flowers and vines than Sasha thought he’d seen in his entire lifetime. The courtyard was splashed with sunlight, and in the distance rose tree-covered hills. It really did look like a fairy land. He expected to see a princess lean out of one of the upper balconies and let her hair tumble down to the cobbled stones below.

“This is incredible,” Sasha breathed.

“It really is. They’ve done a lot of work since I was here last,” Harrison answered.

A happy shout broke the sun-dappled silence. Two older men came rushing out to greet Harrison and Sasha. Harrison greeted them in return with uncharacteristic enthusiasm. Both of the men got long, tight hugs and kisses on the cheek. After Harrison was finished with them, Sasha himself was enveloped in a round of hugs and cheek kissing that rivaled any he’d had in his two years in fashion.

“Bene, Bene. Benvenuti,” one of them said. He had silver hair, tanned skin, and an impeccable sense of style. Sasha wondered for a moment if Lucenzo and Marco even spoke English. It hadn’t occurred to him to ask when he’d started fantasizing about days spent lazing by the lakeshore. Sasha panicked a bit. His nonfashion-related Italian was rusty at best.

Harrison grinned. “Don’t scare the kid, Lucenzo.” He turned to Sasha. “They both speak perfect English.”

“Oh. Okay.” Sasha didn’t want to look as uncultured and relieved as he felt. He decided to simply smile.

Marco was a few years younger than Lucenzo but still at least a decade older than Harrison. Marco’s hair was black, only starting to gray at the temples. He looked relaxed and happy like Lucenzo. Sasha decided lake living was the way to go.

“Come, darlings. We’ve set out drinks and a snack for you. Then you can take a rest in your rooms. I’m sure you had a long morning of meetings.”

It had been long. Especially after they’d flown in super late the night before. But it had been worth it. So amazing. Sasha had never felt so professional. So in charge. He’d loved it. Plus, he thought the frames they’d chosen were going to work brilliantly with the collection. He’d already e-mailed pictures of them to Joanne for final approval, but he knew she’d love them.

“This is all amazing. Thank you for extending the invitation,” Sasha said. And it did look incredible. They’d set a table on a rounded stone deck that was perched over the lake. It had white fabric tenting to keep them shaded from the sun, and tall pitchers of drinks resting in ice baths.

After a lovely lunch, Lucenzo showed them up to a two-room suite with a deck overlooking the lake, just like the one below where they’d eaten. It had an airy living room and a large tiled bathroom with a luxurious stone-tiled shower. But the rooms were only separated from the main living area by arches that had lovely but not very thick curtains to pull across. Sasha’s heart picked up.

“I apologize for the close quarters, but we have workers here putting tile mosaic down in the usual guest wing. It’s going to be beautiful in a few weeks, but I fear that at the moment, it’s only half done.”

“I’d love to see their work,” Harrison told them. “This is beautiful.”

Sasha nodded his agreement, although he was panicking a bit inside at the proximity to Harrison.

“You two rest. You’ll find Marco and me by the lake when you wake up, although he does have a… how do you say it… teleconference? Yes?”

“Yes. Teleconference. He has one of them between four and five.”

Harrison looked at his watch. “It’s three thirty now. I’d love to take a short nap, clean up, and maybe meet you two at five?”

“Does that work for you, Sasha?” Harrison asked.

Sasha didn’t know what to say. First, he was being asked his opinion yet again, and second, there were two rooms in the suite and two beds, but that was so much alone time with Harrison. He didn’t quite know what to do with that situation.

“I’d like to see the lake,” he murmured. It was true, but he was also exhausted and would love a short nap.

“We’ll take you on a tour this evening after drinks. It’s incredible at sunset,” Lucenzo assured him.

Then Sasha was stuck in a room with Harrison. Not awkward at all.

Lucenzo withdrew, shutting the doors behind him.

“Which room do you want?” Harrison asked. He smiled, and damn if his smile was as incredible as it was unusual. It dawned over his face like the sun itself and transformed him from cold but handsome, into one of the most beautiful things Sasha had ever seen.

Sasha had probably only seen him genuinely smile maybe three times. Ever. The relaxed, friendly Harrison that he’d been gradually getting used to since they landed in Italy, and even more relaxed friendly version of him vacationing at his friends’ villa was not the Harrison who stormed around the atelier barking insults at people. Not even close.

Harrison gestured to the one on the right. “Then why don’t you take the one with the bigger lake view. I’ve been to Lake Como plenty of times before.”

“O-okay.” Sasha simply took his bag into the room on the right and pulled the slightly translucent curtain closed.

“I suggest you leave all the windows open. Nothing helps you sleep more than the lake breeze.”

An hour later, Sasha woke to a gentle hand shaking his shoulder.

“Hey, you want to rinse off before drinks and dinner? It’s been a long day.”

Sasha was a little disoriented, but the gentle lapping of the lake water against the rocks outside and the sun that bathed the tile floors brought him back. Bellagio. Lake Como. Harrison.

Sasha stood up and wobbled a bit, still jet lagged and tired from the long day. Harrison reached out and caught him, but when Sasha looked up, Harrison’s face was only inches away. He smelled fresh, damp, and warm, like he’d already gotten a shower, and an easy smile spread over his face.

“Oh. Sorry.” Sasha licked his lips and tried to pretend that his face hadn’t been right up against Harrison’s. That for that split moment, he hadn’t thought about kissing him.

“Don’t worry about it. I’ll wait for you so you don’t lose your way back down to the terrace.”

Sasha rushed through his shower, got dressed in a light pair of trousers and one of his better shirts, and met Harrison back out in the living area.

“Ready?” Harrison asked. Sasha wondered if Harrison’s voice really was huskier than usual or if he was hallucinating it.